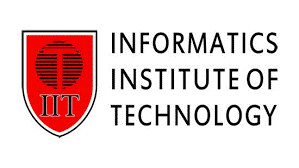 The Informatics Institute of Technology (IIT), the pioneer in British Higher Education and premier IT and Business campus, recently hosted its 27th convocation. The event was held in partnership with the University of Westminster, London.

Mr. Channa de Silva, Chairman of Sarvodaya Development Finance was the Chief Guest of the convocation. The Management and Board of Directors of IIT were also present at the event, this included Dr. Gamini Wickramasinghe, Chairman of the Informatics Group of Companies, and Mr. Mohan Fernando, Chief Executive Officer of Informatics Institute of Technology. Additionally, Dr. Peter Bonfield, Vice-Chancellor and President of the University of Westminster, London, attended the event via live streaming.

The convocation saw a graduating class of 407 students. The Gold Medal for Outstanding Achievements and the University of Westminster Awards for Best all-round performances and Best Final Year projects were presented by Dr. Gamini Wickramasinghe, Chairman of the Informatics Group of Companies.

Academics have always been the focal point of IIT, this has resulted in all graduates being highly employable both in Sri Lanka and abroad as well. Several of IIT’s alumni currently hold leading positions in Sri Lanka’s corporate sector while several others have gone on to become leading entrepreneurs.

About Informatics Institute of Technology:

IIT was established in 1990 as the first private higher education institute that awards reputed British degrees in the field of ICT and Business. IIT is an award-winning campus offering internal postgraduate and undergraduate degrees from the University of Westminster, UK. IIT has played a pivotal role in strengthening the IT and Business sectors in Sri Lanka over the years by producing world-class graduates. Since its inception in 1990, IIT has produced over 5,000 graduates who are now based in many countries around the globe. These graduates have gone on to become successful entrepreneurs and IT/Business professionals in both local and international corporate and government entities. They have played a pivotal role in empowering over 250 multinational and local blue-chip companies by holding key strategic positions while contributing immensely towards the growth of their respective organizations.