Ladies First 2022, a four-day event organized by PodHUB in line with International Women’s Day, will be held from 8th to 11th of March at Cinnamon Lakeside Colombo. PodHUB will produce and livestream a series of fun and informative events that will offer a platform for upcoming women leaders and entrepreneurs to be inspired by an all-women panel. The purpose of ‘Ladies First 2022’ is to celebrate and honor women while empowering the next generation of women.

Commenting on this upcoming series of events, Shaq, CEO/Founder of PodHUB stated, “We understood the need to have more women participation in all aspects of life. Women are creators and go-getters. But to enable more women participation in the workforce, we must break down societal ideologies, stereotypes and misleading beliefs about women. This series is set to power women to push through these cultural notions on what a woman should be and enable them to be what they want to be. We must start somewhere and that is what made us create ‘Ladies First 2022’.”

Spanning across four days with four inspirational and fun events, this series will kick off on the 8th of March with ‘The Chat’ from 4 pm onwards at Cinnamon Lakeside Colombo. Hosted and moderated by Saasha Karunarathne, The Chat, a High Tea Event, is a unique, fun and activity-based panel discussion featuring four powerful women leaders: Dr. Santhushya Fernando, Chandi Dharmaratne, Soundarie David Rodrigo and Raffealla Fernando. The panelists will speak on important issues surrounding women empowerment, growth and development, and on their journey as a woman. This physical event is also livestreamed onto PodHUB’s FB page and YouTube Channel, from Cinnamon Lakeside Colombo’s 8 Degrees, the splendid boat restaurant where participants and viewers alike are guaranteed to have a sailing experience around the lake against the Colombo skyline. For reservations, call Cinnamon Lakeside Colombo on 0717-875688.

The second event to be held on 9th of March will bring in a virtual series of workshops on Female Empowerment conducted by Women In Need, a non-profit organization dedicated to eliminate violence against women, girls and children. There will be two, 2-hour long workshops from 3 to 7 pm steered by women specialists on varied topics such as self-defense, violence against women, sex and consent, stereotypes and barriers in the hopes of creating awareness and enabling more and more women to speak out.

On the third day, 10th of March, there will be a female pop-up market and a live stream from 6 to 9 pm at Cinnamon Lakeside Colombo. The pop-up sale will exclusively feature female entrepreneurs and SMEs with interviews and insights into their business and their product portfolio.

On the fourth and final day, 11th of March, an all-female concert party will take place from 8 pm onwards at Cinnamon Lakeside Colombo. Performances from powerhouse women such as Umara, Natasha Rathnayake, Corrine Almeida, Romaine Willis, and Apzi will bring colour to this unique, invitees only concert party, marking the finale of the four-day celebration of honoring women.

“We are hoping to make this series an annual event in hopes of continuing to recognize the role women play in our society”, Shaq further added.

PodHUB is a leading digital media company specializing in livestream production and content creation, with over 29K subscriptions on YouTube and 8K followers on Facebook. Incorporated in 2019, PodHUB started as a podcast platform and expanded into video production and livestream production, having conceptualized and produced cricket shows, talk shows, concerts as well as corporate events. 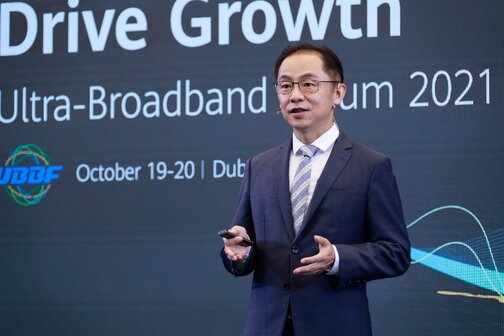