Twenty lucky winners from different corners of Sri Lanka took home prize money worth Rs.100,00 each at the culmination of the first batch of Honda’s famed consumer promotion ‘Honda Dawase Lakshapathi’. The winners were handed their cash awards on every Saturdays, starting from 1st February, 2020 at the Stafford Motors premises in Raththanapitiya, Colombo.

Charaka Perera, Director/ COO of Stafford Motor (Pvt) Ltd expressing his views on the successful prize awarding for the winners stated “The winners of the draw stands as true testaments to the overall objective of Stafford Motors in rewarding our consumers for the unyielding support they have rendered us through out.”

Commenting on their achievement, S. Kumari, one of the daily winners stated, “The news that I won this prize money was indeed a miracle for me as it came in the most convenient occasion; where I was facing a life changing medical surgery. I remember my father advising me to purchase only a Honda motorbike  as it is a brand name synonymous with motor bike industry for us Sri Lankans.”

Stafford Motors also has taken initiative to home deliver the prize money of S.Supothini at Puthukudirippu, Jaffna who was unable to attend the prize awarding ceremony. Conveying her heartfelt gratitude, she stated that she was ecstatically happy about her win as she had purchased her Honda Dio scooter with greatest difficulty.

The ‘Honda Dawase Lakshapathi’daily draws are conducted from 16th January to 30th March 2020. In order to enter the draw, the customers have to fill the coupon given to them when they purchase their two wheeler and fax it to (0117 672 735) or (0117 634 735) or by emailing a clear image of the coupon to [email protected] . The promotion is slated to select 50 winners by the end of the promotion period, with 20 lucky winners already bagging Rs.100,000.00 each Rs. 3 million worth prize money is still underway to be distributed among 30 winners.

The daily draws are broadcast live through the Honda Sri Lanka official Facebook page and the winners are announced daily through several radio channels and weekly through leading newspapers.

Incorporated in 1977, Stafford Motors is one of the most trusted & reputed companies in the country which has been providing mobility solutions to millions of Sri Lankans over the last 42 years. Their motorcycle range includes the CB Hornet, CB160X, CB Shine and CD Dream and their scooter range includes the Grazia, Activa-I & the Dio, which is the highest selling two wheeler in Sri Lanka. Amana Takaful Insurance appoints new directors to its board 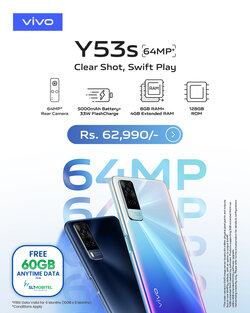 The Pelwatte Promise: Best dairy at best prices but ready to offer at lower prices too