No one owns Huawei but its employees

Sweden’s telecom regulator, PTS, recently excluded the country’s operators from using Huawei equipment in their 5G networks, justifying the action by saying that any vendor based in China posed an automatic threat to Swedish national security.

Such misconceptions could prevent Swedish households and businesses from enjoying the benefits of Huawei’s innovation. Unfortunately, they are reinforced by the press. For example, an editorial column published in Dagens Industri on November 10 suggests, “China should open Huawei for foreign ownership” . This recommendation, while undoubtedly well-intentioned, displays a profound misunderstanding of how our company is structured and managed.

Huawei was founded in 1987, and I joined in Huawei in 1989. Back then banks were reluctant to lend money to small start-up companies. Huawei had to raise capital by selling shares to employees, an arrangement that continues to this day. Employees buy shares with their own money, and receive annual dividends based on the number of shares they hold. They also elect members to form a Representatives’ Commission on a one-vote-per-share basis. The Commission elects the company’s Board of Directors. Such a profit- and risk-sharing system provides Huawei with the funds it needs for long-term growth and lays the foundations for its governance and management.

Being privately held frees Huawei from the short-term pressures faced by publicly listed companies, whose shareholders expect them to meet quarterly earnings targets. Liberated from such external pressures, Huawei can maintain its long-term focus on research and development, while shareholding employees can reap higher rewards.

Currently, Huawei founder and CEO Ren Zhengfei holds about 1% stake of Huawei; the rest is held by Huawei’s union, the platform through which employees own the company. It is common and legitimate for companies in China to set up trade unions to serve as their shareholding platforms. Although the media likes to describe this arrangement as opaque, it is actually not so different from what one finds at employee-owned companies elsewhere in the world, including John Lewis Partnership (a department store group in the UK) and Essilor (a French-based international ophthalmic optics company).

In fact, our ownership structure is embraced by many Swedish companies today. Last year’s European company Survey, shows 11% of all companies in Sweden’s private sector have employee share ownership schemes – more than double the European average. Perhaps the model appeals to Sweden’s egalitarian sensibilities: Employees are paid differently based on the work they do, but there is a transparent profit-sharing mechanism in place. People feel empowered, care about the quality of their work, and continually think about ways to improve the business. Some European experts have concluded that Huawei is implementing “employee capitalism.”

Detractors allege that we became a global leader through government support. In fact, the company has succeeded for the opposite reason: we operate independently and follow the logic of business, not politics. From its inception in 1987 until the early 2000s, Huawei competed with Chinese state-owned enterprises, many of which later shrank to insignificance or disappeared completely. This result should not surprise capitalists, who understand that in most cases, state-owned or -controlled companies tend to lose their competitiveness due to bureaucracy and low efficiency. This is particularly true in the high-tech industry. Why has China’s tech industry developed so fast and so well? Perhaps in part because, since the 1980s, China has opened its market to, and provided a level playing field for, companies such as Ericsson, Nokia, Motorola, Siemens, and other foreign companies.

The PTS statement reminded me of China’s period of political turmoil in the 1960s and 1970s. Because my family were classified as landowners, I almost missed the chance to attend university. I hope the PTS can perform an objective, fair, and fact-based assessment, and make decisions that will benefit the whole of Sweden. Huawei’s door is always open for Swedish politicians, researchers, journalists, and others to visit company facilities and its Employee Stock Ownership Plan (ESOP) Room, and exchange ideas about the system the company has built over the past three decades.

In the meantime, the facts remain unchanged: No government entity dictates Huawei’s business or investment decisions, and no one owns Huawei but Huawei’s employees.

Jiang Xisheng is Chief Secretary of the Board at Huawei. 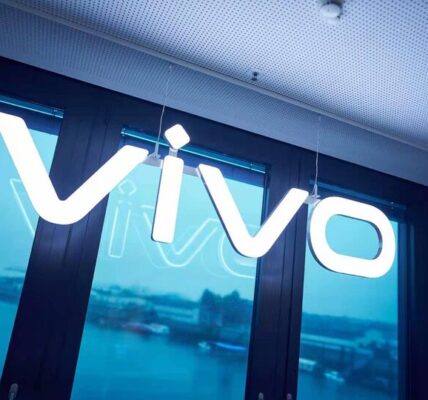 Going Beyond The Basics! Smartphones Have Become Accessories That Are Powered By AI