The European Commission will do “whatever it takes” to rebuild Europe’s industry manufacturing parts for solar installations, the EU’s energy commissioner said on Thursday, as the bloc draws up plans to quickly cut reliance on Russian gas.

The invasion of Ukraine by Russia, Europe’s top gas supplier, has put the European Union on a mission to slash its Russian gas use by two thirds this year and end it by 2027.

The Commission is drafting a detailed plan, due in May, for how the EU’s 27 countries can meet that goal – including by accelerating the transition to renewable energy.

A specific strategy for solar energy will attempt to speed up permitting that has held up installations, support more solar power purchase agreements, and build up Europe’s solar manufacturing capacity, Kadri Simson told the Solar Power Summit conference in Brussels.

“We need to bring manufacturing back to Europe, and the Commission is willing to do whatever it takes to make it happen,” she said, adding that this would include help to finance projects.

The EU imposed anti-dumping and anti-subsidy controls on solar panels from China between 2013 and 2018, in a bid to protect European manufacturers from a flood of cheaper parts from the world’s top solar product maker.

The Commission has said 170 billion cubic metres (bcm) of Russian gas could be replaced with 480 gigawatts (GW) of wind and 420 GW of solar capacity by 2030. 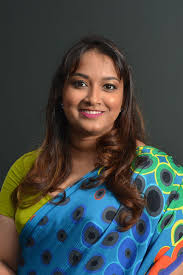