The 32nd Rotaract District Training Assembly, held on the 2nd of July 2022 at Golden Rose – Boralesgamuwa, marked the official commencement of Rotaract for the Rotary International year of 2022-23. This event served as an important way-post along the collective journey taken by Rotaract in RID 3220, one of the foremost youth-led movements in the country spurring on sustainable growth and meaningful change. It served as both a celebration of achievements made by the movement and a celebration of hope and opportunity under new leadership for the new year.

With a massive participation of over 600 Rotaractors, arriving from many regions around the country including Jaffna, Kandy, Ratnapura, and Kurunegala, the Rotaract District Training Assembly was no small affair. This event was the proverbial denouement to a year-long endeavor of making life a living masterpiece, and a rare opportunity to reminisce, recognize, and be commended for the service rendered to the District, the movement, and the community. The Rotary International year of 2021-22 was riddled with adversity from the get-go: wave after wave of the pandemic which was swiftly followed by a crippling economic crisis. Despite all this, Rotaract in Rotary International District 3220 under the steadfast leadership of the District Rotaract Representative 2021-22 Rtn. Rtr. Past President Akhila Wijetunga thrived and persevered. With 2,563 projects completed in total, covering all 17 Sustainable Development Goals and contributing countless volunteer hours, the Rotaract movement certainly made its mark in service to society. In a heartfelt outgoing speech by Rtn. Rtr. Akhila Wijetunga, he spoke of the importance of doing what needs to be done and being the change that is sorely needed in the world despite circumstances that may oppose it. As a testament to this noble sentiment, Rotaract in RID 3220 was awarded in 2021 by the United Nations Volunteers in recognition of the contribution made towards integration and promotion of youth volunteerism: a truly significant milestone in the story of Rotaract.

The individual achievements made by the 92 Rotaract clubs in the Rotary International District 3220 and their members were also similarly recognized. In an award ceremony conducted in three-separate sessions, Rotaract clubs were awarded for their various initiatives under different categories. These initiatives were judged based on their overall impact, sustainability, reach, level of innovation, and a multitude of other factors relevant to their particular Avenue in Rotaract. The excitement escalated significantly as the agenda neared the awards for the Most Outstanding Presidents and Secretaries in the District. Arguably the most anticipated set of awards were those that were reserved for the Most Outstanding Clubs of Rotaract in RID 3220, which were aptly saved for the last by the organizers. This coveted distinction was claimed by the Rotaract clubs of Alumni of  University of Moratuwa, Informatics Institute of Technology, University of Colombo – Faculty of Management and Finance, University of Kelaniya, University of Moratuwa, and Uva Wellassa University – Badulla.

A highlight of the event was a brief video detailing the major sustainable accomplishments made by  Project Estuary under its two better-known phases: CleanSL and Zooxanthellae. It was made immensely clear that this initiative, which vastly benefits the coastal communities and the marine life around Sri Lanka, would not have been possible without the invaluable support and funding from the long-term strategic partner of Rotaract in RID 3220: Mitsubishi Corporation. The Country Representative and General Manager of Mitsubishi Corporation, Mr. Kenichi Umehara, was given the chance to address the audience where he expressed the long-term CSR vision of Mitsubishi Corporation and how Project Estuary fits into the overarching aim of the company. In a truly heartening and delightful moment, Mr. Umehara pledged continued support from Mitsubishi Corporation towards the Rotaract movement and announced further funding of Rs. 4.2 million for Project Estuary.

The 32nd Rotaract District Training Assembly was undoubtedly a challenge, one which might not have been a reality if not for the support rendered by the corporate partners of the event. CIMA held the prestigious title of Platinum Sponsor for the event while SINGER and Imperial College of Business Studies held the titles of Silver Sponsor and Bronze Sponsor respectively. Daraz came on board as the Online Shopping Partner, and N-Media as the Official Photography Partner while Vacation.lk held the title of Official Travel Partner. The essential PR coverage for the event was facilitated by the Official PR Partner: PR Wire Sri Lanka, while Red 107.8 and Relaks Lanka joined the event as the Official Radio Partners.

The Assembly signified the start of a new chapter in the Rotaract legacy. One with a new vision, direction, and leadership by the newly inducted District Rotaract Representative 2022-23 Rtn. Rtr. Past President Ahamed Hussain. In his inaugural speech as the District Rotaract Representative of Rotary International District 3220 of Sri Lanka and  Maldives, Rtn. Rtr. Ahamed elaborated on why the youth should invest in experiences rather than more belongings, foster more connections with the time they have been given, take more risks with their endeavors, and strive for equality everywhere. It also affirmed the vital role the Sri Lankan youth will play in the coming times. The youth of Sri Lanka represents its greatest strength, most valuable resource, and the most promising opportunity for change. Therefore, it becomes no less than a duty for the Rotaract movement to shape and form the leaders of tomorrow.

The 32nd Rotaract District Training Assembly transpired during a crucial juncture in most of our lives, the life of the movement, and the history of our country. In a time when a thousand reasons could be found to stay home, six hundred Rotaractors found one reason worth coming for. In a time when the security of today is barely certain, six hundred young leaders gathered to plan for tomorrow. In a time when hope is desperately needed, six hundred Rotaractors assembled to epitomize what the future of this country holds. Thus, with resounding applause and hope kindled for the future, commenced a new chapter in the Rotaract legacy to Learn, Serve and Strive. 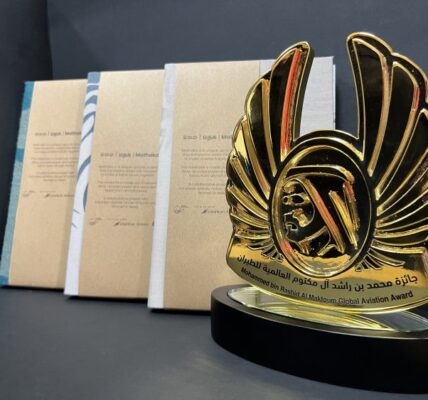